Every four years the development day with a forum and workshops takes place. More than 1500 software developers met in the beginning of October 2017 in the hall 7A at the Nürnberg Messe, to discuss experiences and updates. In consideration of the current laws, new and innovative technologies are being discussed early.

To transform a part of the hall 7A to a meeting space it took quite a bit of managing. For a better understanding of the speakers on the stage, we used, once again, the proven MeyerSound-System. For the Layout and to prevent reflections we installed a lot of stage molletons. A three ton LED video wall was chosen, to show presentations and the camera filming during the event.

We worked closely with the Datev’s own event department to arrange and realize everything for the important day. 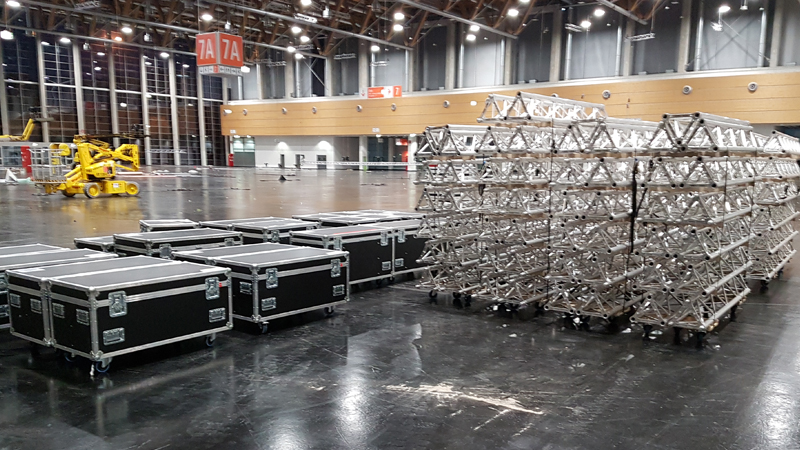 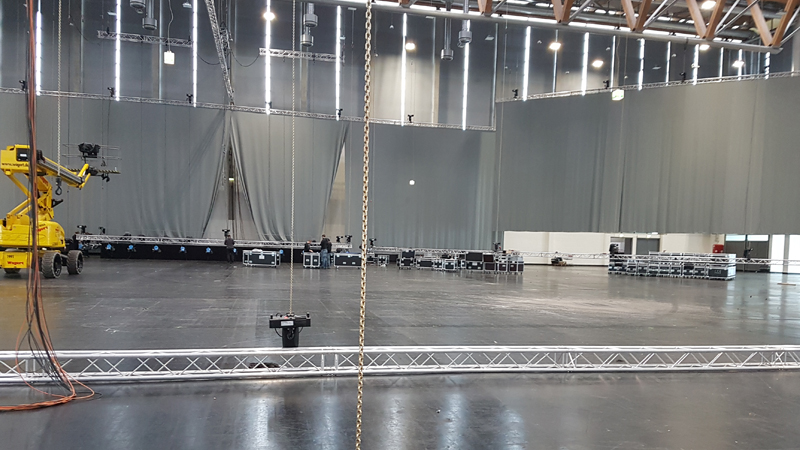 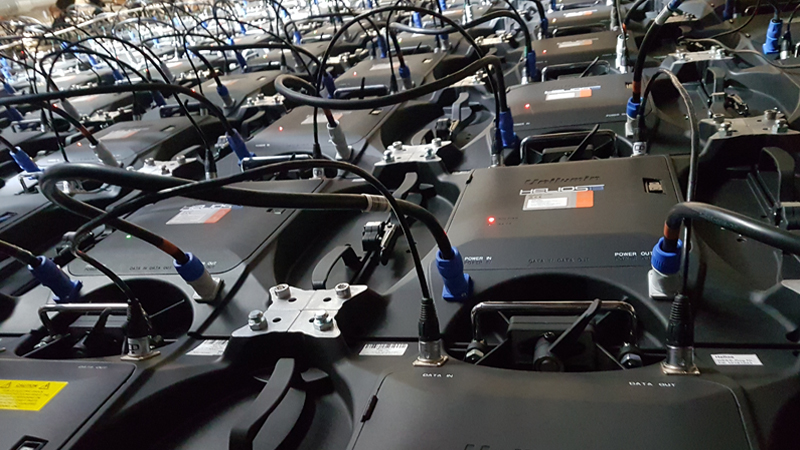 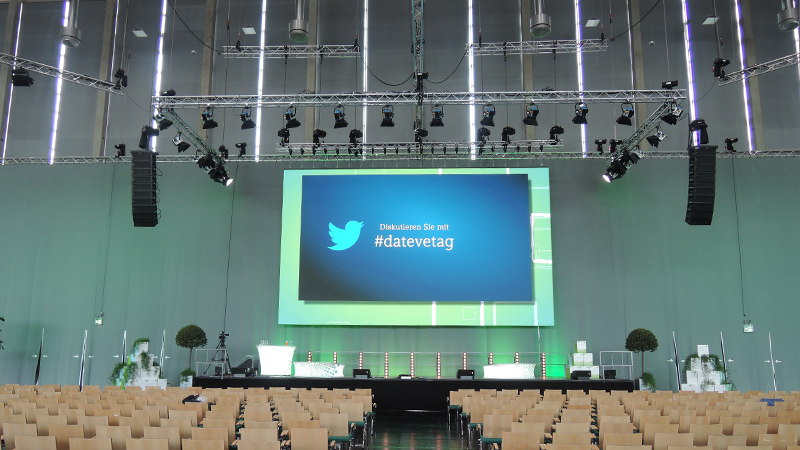 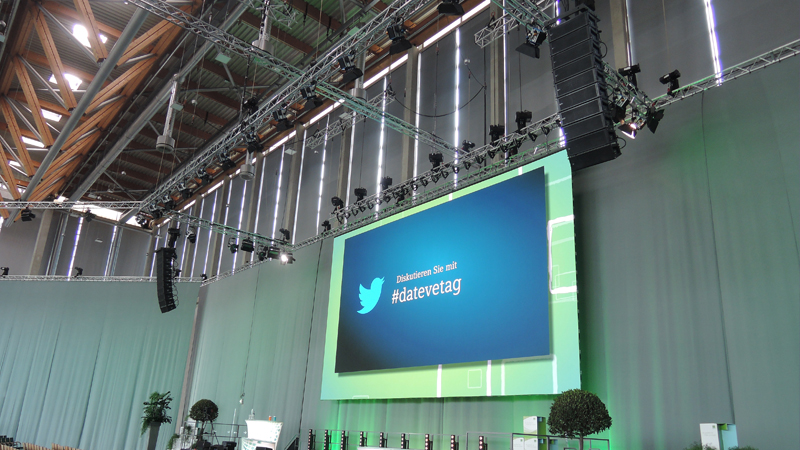 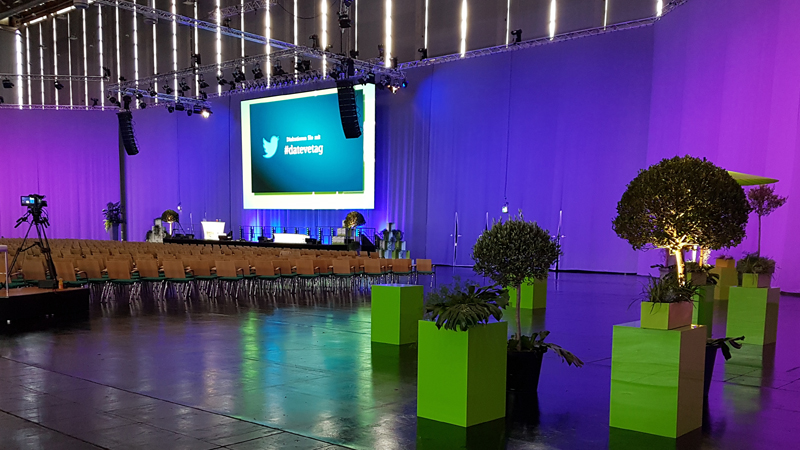 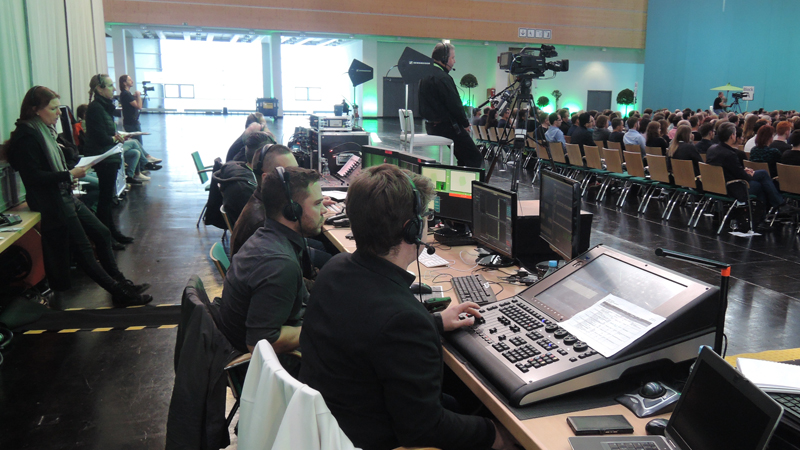 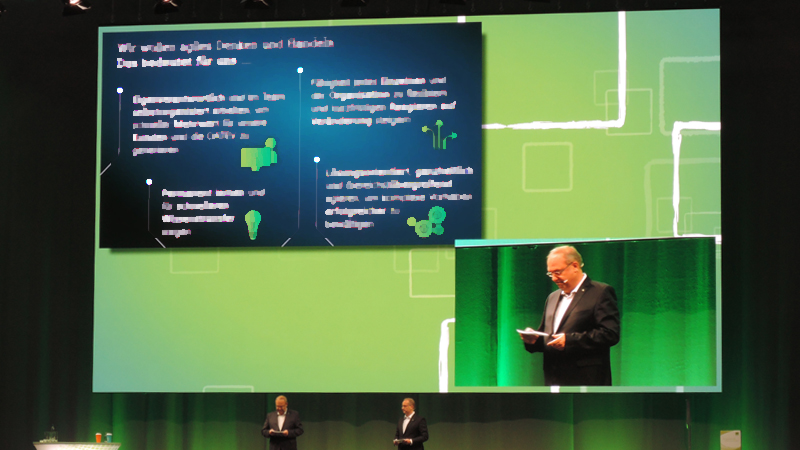 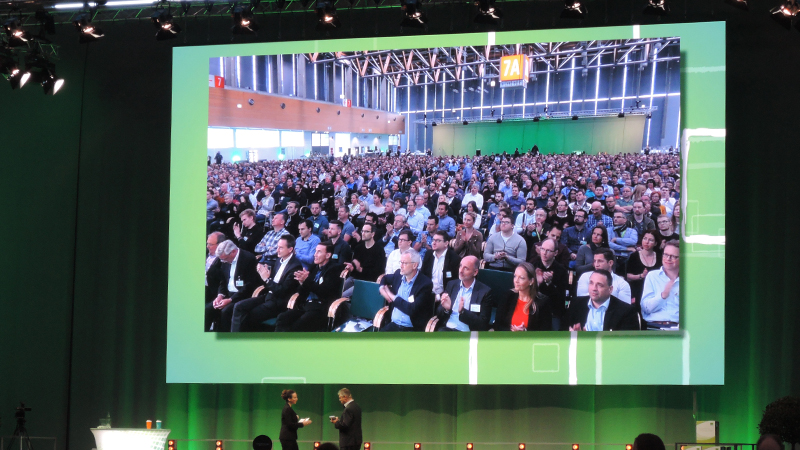